How to Break Free From a Narcissist and Set Emotional Boundaries

One of the best ways to break the trauma bond between a narcissist and a victim is for the victim to learn that these selfish, immoral individuals are struggling with their own emotional issues, notably shame intolerance. It can be a powerful shift in the victim to realize that the underneath the bullying and intimidating, the Other-blamer is actually feeling very inadequate, unworthy or inferior. This certainly can be difficult to spot or fully comprehend, because the narcissist often appears the opposite of insecure and instead acts confident, self-aggrandizing, coercive, or abusive.

However, it can be freeing to get to a point where you are no longer intimidated by these types of people. The way to do it is to truly see them as frightened and flawed. This paradigm shift can break the spell of control they have over you as the victim and helps you begin to feel empowered. By completely altering the power dynamic, you no longer have to walk on eggshells worrying about everything you say or do, but can be a more equal partner, not paralyzed by submissiveness and placating behaviors.

This does not mean you will look down on the narcissist or seek to demean them. Instead, it is more about feeling compassion or pity for them. This approach is less likely to trigger your fear response and lead to submissiveness. If you don’t fear someone, you will not cower in front of them. Certainly, physical fear must be addressed as real and a legitimate concern in some abusive relationships, but for many it is the emotional fear that predominates.

Narcs Use Shame to Control Victims

And that emotional fear is often one of being shamed and rejected. Shame is a powerful moral or prosocial emotion, leading to primal fears of being judged, found unworthy and rejected. The narc is very good at shaming and blaming the subordinate partner, which causes the victim to cower and comply. Victims often were raised in households with authoritarian or emotionally withholding parents who used coercive control in some form. They are accustomed to Self-blaming, people pleasing and complying to gain “love” and “acceptance” — or to prevent abuse.

Shame helps ensure morality and compliance with social norms. However, abusers use this aspect of our primal emotions to control their victims through unfair guilt and blame-shifting.

The narcissist’s gaslighting and deception can lead to a shame spiral of negative self-evaluation in the victim: (“I’m a bad cook because my husband said he didn’t like my
dinner!”). This can trigger global feelings of unworthiness (“I can’t do anything right”), fear of rejection and disapproval (“No one will like me. I am unlovable.”). The result is a feeling of anxiety because the brain senses all these fears of rejection and negative thinking as a threat — no different than a physical threat. The sympathetic nervous system gets activated, leading to a “fight-or-flight” stress response — merely because the Other-blamer husband made a critical comment about dinner.

However, if the victim can strengthen her self-worth and stop seeing the abuser as powerful,  her feelings of shame and guilt will no longer be activated.  Breaking the shame/fear connection brings a much calmer emotional state.

Many recovered abuse victims report feeling a sense that they no longer care so much about what their coercive partner thinks. This is healthy! Most victims are Self-blamers who take on too much guilt and responsibility for the emotional or physical needs of others. These people-pleasers have been trained by narcissists (partners, parents or siblings) to believe they must make the narcissist feel good or at least not feel ashamed.

Self-blamers often believe them must rescue narcissists from accountability — often called “enabling” behaviors. Narcissists want to be in relationship only with those who will not blame or shame them — they fear feelings of inferiority and the resulting demands for moral accountability and change. Other-blamers choose, groom and train victims to over-focus on the narcissist’s needs and to never criticize the narcissist. Victims learn to placate the abuser, which is an adaptive response to avoid more abuse — but certainly is not healthy for the victim.

The trauma bond is one of domination and subordination, therefore once the submissive partner gains some feeling of empowerment, the bond can be broken.

For the victim, this often feels like a significant “shift” internally, because it is! Many people describe this as feeling less triggered when the narc tries to criticize them, demean them, or bully them. They take things that the narc says less personally. What has happened is the victim’s shame is no longer entrained or responsive to the narc’s blame shifting and shaming.

Educate yourself on the fact that all of the various behaviors of narcissists are merely a cover for their core wound — that they feel unworthy and deeply shamed. Learn to spot the surface behaviors (grandiosity, victimhood, defensive anger, blame shifting, false fronts of decency, lying, immoral behavior, etc). But also recognize that these are meant to protect the narc from being judged, criticized or shamed. 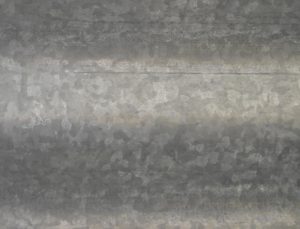 Work on your own sensitivity to shame and criticism. Gain self-acceptance by learning to be self-compassionate.

Once you make this shift, you will be able to take the narc’s criticism and blame less personally  — a feeling that their words are just washing over you without meaning.  One client of mine visualizes a shield around her — like a sheet of galvanized steel — to help her remember to let the Other-blamer’s abusive words and behavior bounce right off.

If you make this shift, you will be less angry and defensive because your shame has not been triggered. You will find yourself no longer making excuses or explaining your choices. Your responses will be more matter-of-fact and neutral. You may have less dread of dealing with the narc and arguments may decrease substantially.

Recognize that Other-blamers use the emotional power of shame to control you — but that you must accept this emotional tradeoff for this dynamic to work. If you refuse to accept their unwarranted dumping of blame onto you and stop reacting to it with defensiveness and explaining, you can break free of this cycle. So the next time a narcissist tries to shift their guilt onto you recognize their tactics, then pause and reflect on your real guilt if any. Next, calmly respond with as little emotion as possible. Just because the narc makes a statement (probably false), does not mean you are obliged to explain or justify your own behavior. Your power lies in not engaging emotionally or conversationally with the narcissist.