“To anger an honest person, tell them a lie. To anger a narcissist, tell them the truth.”

What Emotion is Most Harmful to Relationships?

As Stacey* sat in my therapy office and told her story, it was similar to many others I had heard. She was coming to therapy because of increasing conflict with her husband. She is mystified how even the most minor disagreements seem to escalate into major arguments.

If she asks him a reasonable question, he becomes argumentative, impulsively lashing out at her: “You’re always so negative and critical.” If she states a fact he disagrees with, he accuses her of making up lies.

Their most recent argument began when she asked if he had paid a bill and he became enraged and said he had paid it. She later learned he had not paid the bill, but he refused to apologize for the lie, the ensuing argument, or his excessive anger.

Justin’s stories change so frequently that Stacey has become concerned she is “losing her mind” or has a poor memory, aided by the fact that Justin accuses her of these faults. He insists that she forget his mistakes, but brings up her mistakes repeatedly during arguments.

She hesitates to confront him because she has learned that her challenges lead to escalating arguments with no resolution. She is always the one to compromise.

I ask if he can apologize or admit fault. “Oh, never,” she says. “He’s very stubborn. It’s always my fault. I call him ‘Justifying Justin.’”

Despite their financial security and happy children, he is angry, joyless, and scowls much of the time.

They had tried couples therapy a few years ago, but it did not have much effect. Their therapist told them to go on more dates and be nice to each other. Those changes did not last.

Justin now refused to go to therapy again, stating Stacey needed help because she was “crazy.” She wondered if that was the case.

*Not a real patient.

Justin has difficulty experiencing criticism, failure, or rejection, almost certainly stemming from feelings of inadequacy or low self-worth. He likely has high levels of self-criticism or a lack of self-acceptance. People who judge themselves harshly often have difficulty hearing any additional criticism from others.

Justin’s inability to handle shame causes him to lash out at Stacey over even minor problems. He has difficulty admitting he is wrong or compromising.

I call these Other-Blaming behaviors, because people with this tendency often shift the blame to their partner. This protects them from the embarrassing experience of admitting they are wrong or accepting responsibility.

It may be difficult to spot the low self-worth of Other-Blamers because they may use an aggressive, dominating personality to achieve emotional self-protection. They rarely admit feelings of inadequacy because this would signal vulnerability.

Other-Blamers are the root cause of most relationship difficulties, including high-conflict marriages and family relationships, domestic violence, abusive parenting, criminal behavior, substance abuse, and more. In general, Other-Blamers do not believe they must play by the same societal or relational norms as others, which can be very disorienting to their partners.

Certainly, Other-Blamers are aided to some degree by the deferential behaviors of individuals who employ two other types of shame management strategies: Self-Blaming and Blame Avoidance.

Other-Blamers instinctively seek out those willing to be controlled, manipulated, or intimidated. This sets up relationships with unassertive partners who will not challenge them, correct them, or blame them.

Many Self-Blamers are willing to join in this dance initially because it matches their self-reproaching thoughts and conflict-avoiding behaviors. They are happy to placate their dominating partner by shouldering the blame.

But many people eventually tire of being the victim of their partner’s lack of accountability and may fight back. But if one or both partners is unwilling to compromise or back down, it leads to a pattern of escalating arguments and bickering. Eventually the partner who is more conflict averse or is willing to acquiesce to keep the peace will withdraw in an attempt to reduce the arguing. But eventually they may just “check out” of the relationship with emotional distance.

Unfortunately, individual self-protection strategies that worked in childhood do not bode well for adult relationships.

Despite their toxic behavior, Other-Blamers rarely come to therapy because of their aversion to the shaming experience of self-awareness and accountability. But they are quite often the subject of the therapy of others.

How Do Other-Blamers Affect Relationships?

Other-Blaming is a long series of lies to the self and others. What relationship can withstand the betrayal of chronic deception?

Shame can cause a slow death in relationships because it generally leads to lack of openness, vulnerability, and closeness. This emotional distance leads to a lack of connection that causes the air to go out of a marriage. Without authentic emotional experiences bonding the couple, they drift apart both physically and psychologically.

The following is a typical scenario of this missed connection. The wife may make a statement: “When you are on the computer a lot, I miss you and want to spend time with you.” The husband may respond: “Well, you are on your phone a lot.” Because he is overly sensitive to criticism, he is unable to hear her request for connection. He only hears the criticism. This leads to escalating fights driven by shame and poor emotional skills. The partners miss the emotionally significant message, which is “I wanted to spend time with you.”

In contrast, openness to emotional intimacy is one sign of a healthy, connected relationship. Those who lack self-acceptance are in a weakened position when it comes to establishing healthy unions.

But there is hope. By developing self-acceptance, partners can learn to tolerate shame, can then become more emotionally intelligent and attuned, can work to repair unhealthy relationship patterns, and can improve their ability to accommodate each other’s needs.

For someone who is not self-accepting, the goal is to induce a partner to trust, respect, and love them. They believe this will deliver the feeling of belonging and love that they lack.

I would argue that you should really focus on making yourself trustworthy, respectable, and lovable. Work on yourself. You cannot force a partner to love and respect you. You can only be your best you by becoming self-aware and self-accepting. What happens after that is outside of your control.

Albert Camus wrote The Fall, a book about guilt and judgment in an age when God and forgiveness have been put to bed. Camus’s protagonist, the “judge penitent” Jean-Baptiste Clamence, confesses that:

“the more I accuse myself, the more I have a right to judge you — even better, I provoke you into judging yourself.” 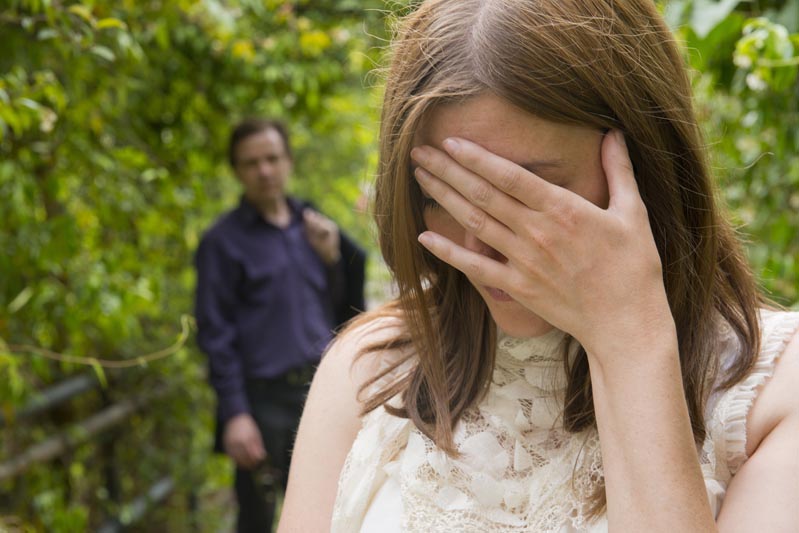