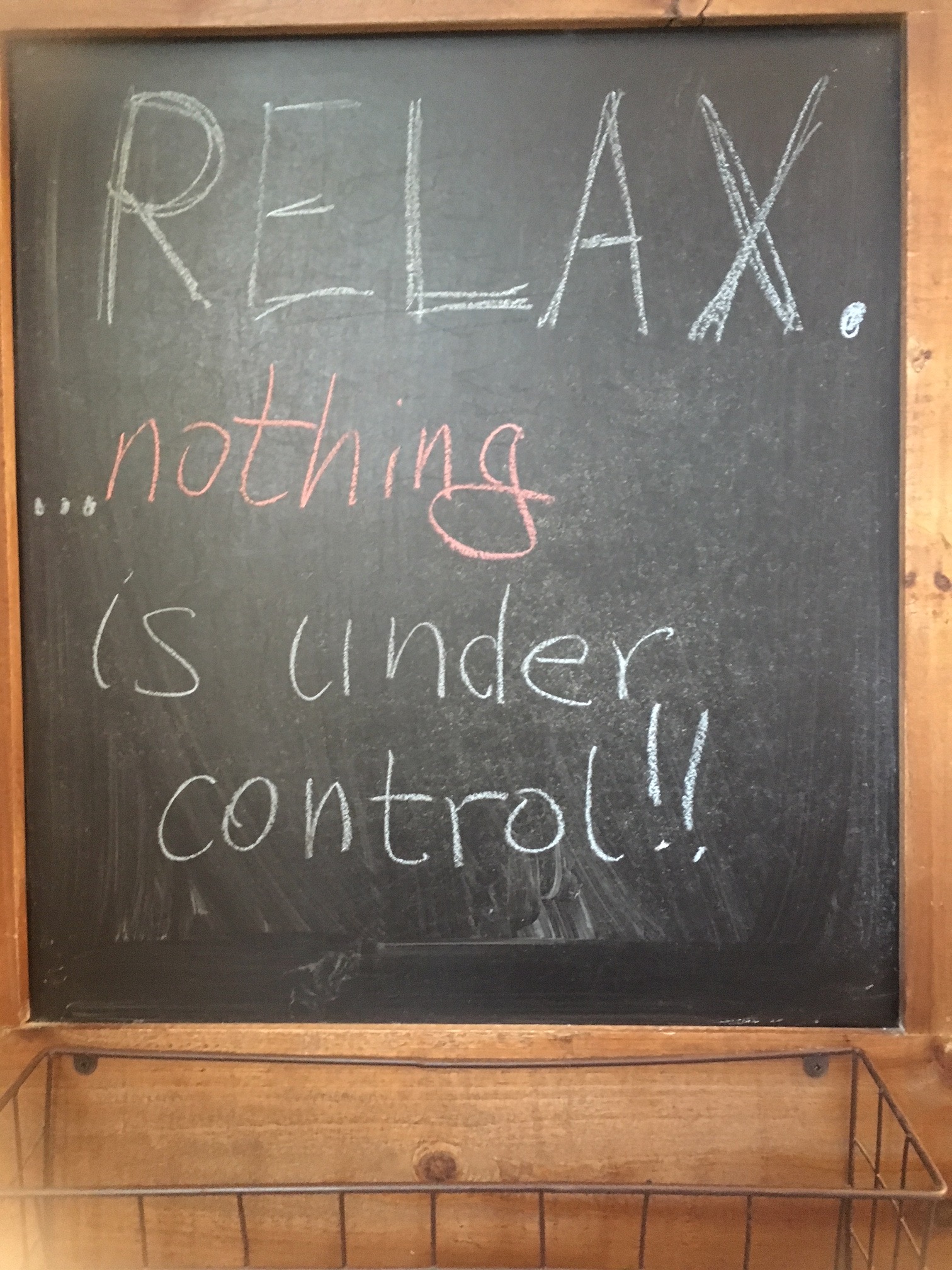 Amber is a 21-year-old woman struggling with a variety of issues that brought her in to therapy, from her relationship with her father to mild depression. Mostly, however, she complains about not making enough money and not being able to change that because she cannot afford to go to college. She feels caught in an economic trap that is common in today’s low-wage environment, coupled with the exorbitant costs of college tuition. After a few months of exploring this issue in therapy, she finally admitted that she had signed up for college classes after high school, but immediately dropped out because she was terrified. Her fear of failure was the real reason she wasn’t going to school, not the fear of taking on student loans.

Amber had given up her lifelong dream to become a teacher because she felt she was not smart enough to handle the college course work and might not pass a class. Rather than take the risk, she gave up and didn’t even try one class.

Many people struggle from a fear of failure, even if they do not recognize it or admit it. I am certain that millions and millions of people forsake dreams for relationships, careers or hobbies because of fear of failing.

Guy Winch, PhD, on his blog “10 Signs that you might Have Fear of Failure… and 2 Ways to Overcome It and Succeed” notes about this type of person: “[F]ailing presents such a significant psychological threat, their motivation to avoid failure exceeds their motivation to succeed. This fear of failure causes them to unconsciously sabotage their chances of success, in a variety of ways.’

In many cases, I find that this self-sabotage shows up as procrastination, such as a teenager who avoids doing homework or an adult who avoids filing their taxes.

Researcher Adam McCaffrey found a direct link between fear of failure and procrastination.

“Procrastination is one of the most common and deadliest of diseases and its toll on success and happiness is heavy.”

Shame is a Cause of Fear of Failure

Many psychologists have recognized that the underlying cause of fear of failure is actually fear of the resulting shame or embarrassment. The actual incident, such as flunking a college course, is not the real problem, it is the accompanying emotion of unworthiness that it provokes. People want to avoid this painful experience, so they self-sabotage or behave in self-protective ways, such as not taking risks.

Trying and failing would confirm what they already fear — that they are not smart enough, talented enough, lovable enough, etc. The fear of confirming that unworthiness is stronger than the despair they feel at giving up their dream. This shows the power of shame.

My expertise in the problems of low self-worth and poor shame tolerance led me to an understanding that these parallel issues underly essentially all problems of thinking, feeling and behaving that are currently labeled as “mental disorders.”

Fear of Rejection is Linked to Fear of Failure

Fear of failure is also tied to a fear of rejection. I have discussed in depth this primal need for humans to be accepted and fit in.  This need to belong plays out in a strong natural desire to avoid feeling “less than” and shamed, then rejected and cast out. As a result, when we believe we may be ostracized, we generally have predictable reactions, including fear, humility, submission, and compliance.

When we anticipate that we may “fail” and then be judged by others as inadequate, we develop a fear of failing, because it is so closely linked to this primal, survival-related fear of being excluded socially.

Many people in therapy will say they rationally know that the dangers of taking on a risk, such as taking a college class, are actually very low. With cognitive-behavioral therapy we may challenge the person to consider what are the real dangers. What would actually happen if you failed the class?

Even though they may logically assess the risks as very low, they still are blocked when it comes to signing up and attending the class. Their emotional brain signals “danger” and their automatic fear responses kick in.

Often, as with Amber, this can lead to what is labeled as anxiety and depression. They have fearful responses (racing thoughts, racing heart beat, insomnia, etc.) due to the “fight-or-flight” response. They also may have a sense of hopelessness, perhaps due to this conflict between their thinking and emotional brains.

What many people express is that they start to chastise themselves for their “stuckness.” “Why can’t I just sign up for a class? I must be lazy or crazy or stupid!” And, ironically, this reinforces a feeling of failure and low self-worth!

Doubt kills more dreams than failure every will.

Self-Acceptance Can Overcome Fear of Failure

Many people believe that if they just experience competence in an area they will have less fear of failure, but this is not always true. Even those who are sometimes considered experts in a subject or talent express ongoing difficulties feeling successful. Barbra Streisand had painful stage fright, despite being one of the most acclaimed singers of her generation.

Cognitive-behavioral therapeutic (CBT) approaches to dealing with phobias and fear often have limited success, because they do not address the underlying, and very powerful, emotions of fear and shame. CBT would have a person give a lot of speeches to practice getting over their fear of public speaking, for example. Some CBT steps to overcome fear of failure can be helpful once the emotional underpinnings are understood and conquered.

As someone trained in Mindful Self-Compassion, I actually know that gaining expertise or competence is not the solution to overcoming anxiety about one’s inadequacies. Actually, it is the opposite:  When we accept that we are NOT experts, and that we will make mistakes, this is when we can overcome our fears of failing.

No one is perfect, of course. In Mindful Self-Compassion we learn, based on concepts from Buddhism, that we all have a “common humanity.” We all struggle and make mistakes. It is part of life.

I know that this is where we can begin to help someone learn to conquer the fear of failure. Learning to accept that we all experience setbacks is an important first step in practicing self-compassion. By improving self-acceptance, we learn to treat ourselves with kindness, even in the midst of failure.

Have the courage to be imperfect.

Amber was self-aware enough to note that she did have a fear of disappointing others as part of her fear of failure. Flunking out of college would be difficult to admit to family and friends.

However, the real reason she didn’t attempt college was fear of disappointing HERSELF. As a therapist, I knew this statement was the real gold nugget. We explored the fact that it was how she related to herself that was the real source of her lack of risk taking. She had practiced self-blaming so long that she already knew what would happen if she failed — she would come down hard on herself in self-recrimination. “See, that proves you are not smart (or hard-working or organized or creative…)

Quite simply, if you know you are going to get emotionally abused — by yourself! — after a failure, then it makes perfect sense that you would avoid failing — or even taking any small risks that could lead to failure.

Instead, Amber needs to learn to meet herself with kindness in those moments of disappointment.  Once she knows she will be supportive and nurturing to herself during loss or letdown, she will be more willing to live a life full of vitality, self-fulfillment and joy. Her dreams will be lived and not abandoned; her life will be joyful and not filled with regret.

Those people who do learn to be self-accepting can be resilient and manage failures without emotional reactivity and poor shame tolerance. They know that life offers setbacks and defeats, but they do not pile on with unhealthy levels of self-loathing.

In my paradigm called Self-Acceptance Psychology I label this pattern of relating to the self Self-Blaming. These people tend to immediately question or reproach themselves for real or perceived failures. This creates anxiety and dread of future mistakes, because they not only dread the mistake, but the internal self-criticism that comes with that failure. Paralysis and procrastination can result. which then results in more self-criticism for being stuck and unable to make change.

Amber, like many people, wants reassurance that if she takes a college course she will not fail. I can’t guarantee that. Maybe she will fail. What I can guarantee is that if Amber learns to treat herself with kindness at all times, she will manage failure in a much more resilient manner.

“And now that you don’t have to be perfect, you can be good.”

Has shame and fear kept you from attempting a dream? How could you befriend yourself and treat yourself with self-compassion to help overcome fear of failure?

Perfectionism Is Healed By Self-Acceptance

Benefits of Self-Acceptance Psychology in Therapy

Mindful Self-compassion as an Antidote to Shame