The Spider and the Blame-Shifter or: How to Spot a Narcissist 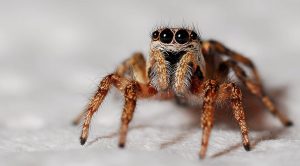 I was recently reminded of an incident involving a spider that provides instructive wisdom on how to spot a narcissist, or what I call an Other-blamer. (Names are changed to protect the guilty parties.)

A number of years ago a friend, Patty, called to ask if her teenaged daughter, Jessica, could spend the night that night, as my friend was going on an overnight date. I agreed and Jessica arrived and quickly went to bed. She left the next morning without incident and I thought no more of it. A few days later, out of the blue Patty laughingly told me that Jessica had texted her from my house complaining that there was a spider in my guest room. I asked if Jessica had been frightened, and, if so, why didn’t she ask me to kill the spider. Patty said, no, Jessica wasn’t scared. Odd. What was the point of texting her mother, as she could do nothing about the situation, even if Jessica had been scared?

This story might have no meaning at all for some people, but it was very telling for me.  I thought about how I might have handled an identical situation when I was a teen. I know that I would have done this:  Killed the spider and said nothing about it to anyone ever again. It would have been no big deal and I know that spiders show up out of nowhere, even in the cleanest homes. I would have been generous in my allowance for the random spider in an otherwise clean guest room — a guest room I showed up in without notice. More importantly, I would have never wanted to embarrass my host or put my mother in a situation of knowing something embarrassing about that host. I would have protected my generous host from shame and blame.

Instead, my friend and her daughter both did the opposite. They went out of their way to point out a flaw in my housekeeping and bring it to my attention for no good reason, other than to try to embarrass me. (Sorry, ladies, you failed. If I embarrassed easily, I wouldn’t be writing about said intrusive spider on a public blog!)

This incident told me a lot about my friend and how she had raised her daughter. Clearly, Patty had engaged in similar blaming and gossiping in other situations, so that her daughter learned to also engage in this behavior.

Both seemed to gain pleasure out of trying to humiliate another human being, the opposite of what my reaction would have been, which was to protect a person from feeling ashamed. And note that even if Jessica had inappropriately said something to her mother, Patty did not need to say something to me. She could have reprimanded Jessica for her pettiness and never brought up the subject to me. Instead she deliberately chose to go out of her way and bring the text up to me.

This small incident indicated that Patty and Jessica had at least some tendencies toward being Other-blamers or narcissists. They seemed to revel sadistically in the emotional discomfort of another person. And keep in mind that I was no stranger. At the time I thought Patty was a good friend.

Although Other-blamers are extremely sensitive to shame themselves, often this seems to make them want to cause others to experience this hurtful emotion. Healthy, caring people generally try to avoid causing others embarrassment.

While we need to be able to speak out assertively about the faults and flaws of others at time, be wary of those who go out of their way and seem to enjoy needlessly humiliating others through gossip and fingerpointing.