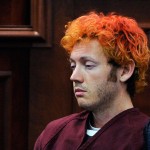 It appears that when James Holmes shot up that movie theater in Colorado he may have done so partly because he felt hopeless that his mental health would ever improve. Apparently, he wrote in his journal that he had been told he had a “broken brain”. He had been given a long list of diagnoses, including schizophrenia, generalized anxiety disorder and psychosis.

Few things make me angrier than hearing this sort of thing from a new patient. They tell me that they have previously been diagnosed with depression or anxiety or ADHD. Then they say something like: “I know my brain is diseased/broken/messed up and I will never get better, but I just want some coping skills to help me get through life better.”

And then nothing gives me greater pleasure than saying this: “Your brain is almost certainly not diseased or broken or messed up. It never was. Whoever told you that is completely wrong. The diagnoses that the medical profession has created for certain behaviors are not actually diseases.

“The way you are behaving is completely understandable given your life experience. Traumas, neglect, an anxious or depressed parent, or even just poor parenting can cause a fearful state in a person that can lead to behaviors now labeled as anxiety or ADHD or depression.

“I can do more than give you coping skills. I can guide you to ways that will likely make you happier and may even completely get rid of your anxiety and depression. I can’t guarantee the results — that is largely up to you — but I can guarantee that you are not diseased.”

This statement alone helps heal people because it gives them hope. It also reduces their feelings of self-blame, which is essential for change.

The core issue for people with most emotional conditions is a sense of shame or low self-worth. Is labeling them as “diseased” and making them feel outcast helping them? Not at all. In fact, a sense of isolation and loneliness is core for depressed or anxious people, so this is exactly the opposite of what we should be telling them. We should be helping them find ways to feel connected to others. I use Compassion-focused Therapy which is based on Buddhist concepts of finding universality in our experiences and common humanity.
The mental health profession, largely led by medically trained psychiatrists (MDs and DOs), has for decades attempted to make emotional conditions into medical diseases. Scientific evidence for functional or biological causes of most emotional conditions has never been found. In other words, brains experiencing anxiety and depression and ADHD are not “broken.” They are merely reacting in normal ways to trauma and fear. (More on that in “Pack Leader Psychology” and in many, many other books and research papers.)

Oh, and not coincidentally this supposed “medical model” for mental illness also helps Big Pharma sell a lot of harmful chemicals that largely have no efficacy and harmful side effects.

To the therapists and psychiatrists and primary care physicians who keep telling patients that their brains are broken:  Please make some attempt to stay current with the research in the field before you misinform patients and harm them. Their self-concept is already fragile. Telling them — falsely— that their brains are permanently “broken” can lead to disaster. As it did for all those victims of the Aurora shooting.