Shame as an Attempt to Prevent Social Exclusion

If we want to be a trusted and accepted, our reputation becomes an important element to insure our social standing. Most of us do not want to be seen as cheaters, and therefore ostracized, so we cooperate and are generous with others to boost our reputation. 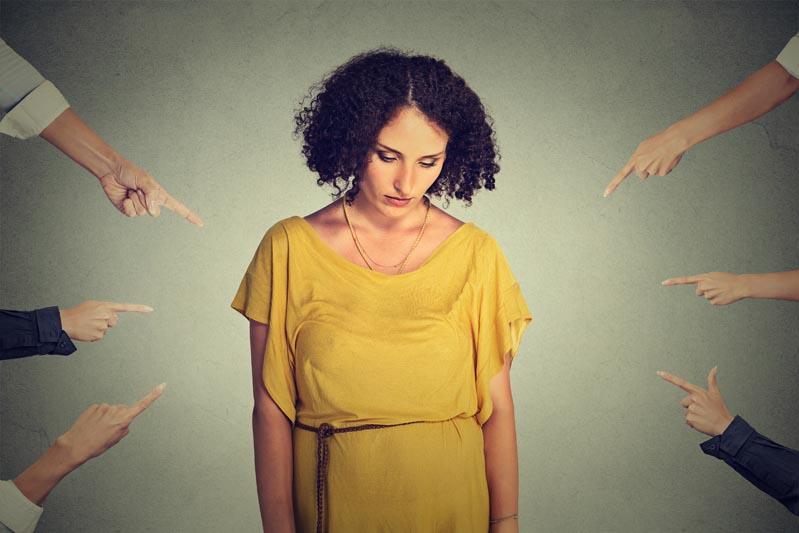 By feeling guilty when we do something wrong, we can learn to apologize and choose different behavior in the future, helping to ensure that we are accepted. The feeling of guilt is often expressed socially with submissive behaviors.

All social groups have a hierarchy, with predictable behaviors of members that communicate that they understand that hierarchy. Research on social ranking behaviors shows two main forms:

During the shaming experience of submission, fear is triggered. Shame signals the adrenal gland to release cortisol, the primary stress hormone, leading to increased heart rate and the flooding of major muscles with glucose — all physiological reactions to threat.

But it does not take shaming by another to trigger this threat response. A person’s own internal shaming messages can lead to a reaction of fear. The human brain has tremendous problem-solving abilities that help generate feelings of guilt and shame, but these same abilities can cause us to over-think in an attempt to correct ourselves and this causes:

The conundrum of shame is that it is designed to improve social relationships, but instead, when used in extremes, can block human connection. 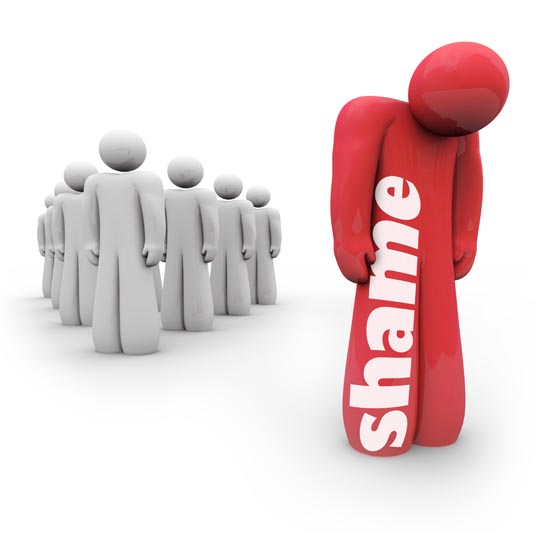 In contrast, vulnerability, or an ability to tolerate our own fears of unworthiness, is the best way to build closeness in relationships.

Worry about the future and behaviors such as perfectionism can be attempts to prevent situations that may bring on feelings of inadequacy and shame: “If I perform perfectly and do not forget anything, then I won’t be criticized and then people will like and accept me. I won’t have to get down on myself for failing. I won’t experience that uncomfortable sensation of shame.”

Excessive shaming in childhood can generate a fear of failure. This may lead to a lack of motivation as a coping mechanism to avoid additional feelings of shame: “If I don’t even try and then fail, I can tell myself it wasn’t really my fault.”

Rumination about past mistakes is a way for our brain to try to learn from these errors. For many people, this over-thinking can lead to repeated self-criticism, resulting in anxiety or depression.

This tendency to over-think to attempt to be safe and to be fearful of shaming experiences is especially prevalent in those who have been exposed to trauma (Factor #4) or lack secure attachment (Factor #5).

While the need for social belonging (Factor #2) has its roots in an instinctual drive to survive, too many people today have been raised to rely on social approval far too heavily for a sense of their self-worth. Many people look externally for acceptance and have very little intrinsic self-acceptance. When they define themselves by the approval of others they are at the mercy of others for their self-worth. These emotionally dependent people are especially afraid of being cast out, giving them a nearly insatiable need for acceptance and approval. 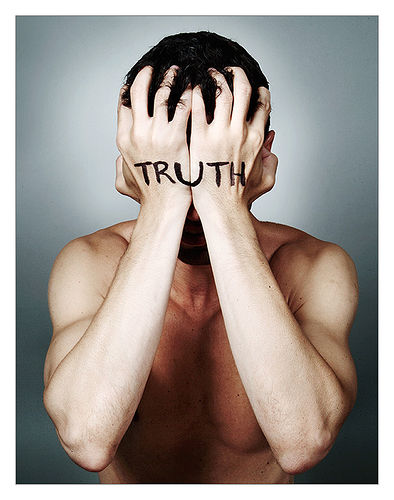 A perfect storm of factors can combine to cause emotional and behavioral problems. Finding acceptance and avoiding ostracism are natural, primal elements of our social nature as humans (Factor #2). And when we are afraid, we react with “fight-or-flight” fear responses (Factor #1), even if those fears are only caused by an emotional threat, such as criticism or humiliation (Factor #3). If a person lacks strong self-worth and has a weak sense of social belonging due to insecure attachment (Factor #5), even minor or perceived criticism may be viewed as a threat and may trigger a primal fear response (Factor #1). Trauma (Factor #4) is fear-provoking (Factor #1) and can be shaming (Factor #2) if the victim assumes responsibility for the event.

Combined, these primal feelings and behaviors are the cause of most of our modern psychological and behavioral problems. Most of the diagnoses in the DSM are actually descriptions of a person who is hyper-vigilant to being emotionally shamed, victimized, or rejected by others. The “personality disorders” are largely behaviors that could be described as Other-Blaming.

Peter Breggin notes about “depression”: “It is a mistake to view depressed feelings as a ‘disease.’ Instead, it is merely a kind of unhappiness that involves helpless self-blame and guilt, a belief of being undeserving of happiness, and a diminished interest in life.”

The topic of shame is essential to understand as it relates to self-acceptance. Consider that the normal social behaviors associated with shame are abject slinking away, lowering the eyes, and submissive postures.

When we are embarrassed we tend to remove ourselves from contact with others. But when the source of shame is your very self, it is impossible to escape. This creates an untenable situation that provokes a chronic sense of anxiety or fear. It is clear that what we label as depression, anxiety and other related “disorders” are directly related to the experience of self-shaming.