An Outraged Psychologist Speaks Out

I am an outraged psychologist.

I am outraged at witnessing people harmed by the current mental health system.

The damage begins before people even seek treatment because the system often keeps them from seeking treatment. Why? They have been indoctrinated into the belief system known as the disease or medical model of psychiatry. This falsely claims “mental disorders” are lifelong biochemical imbalances or genetically caused malfunctions of the brain.

This leads people to conclude: “Why go to therapy if I will always have depression (or anxiety or bi-polar or ADHD)?” They also conclude that medications are the only solution, so why go to therapy?

They believe that any emotional distress or relationship problem means something is wrong with their brain and they are different from others. The resulting stigma and shame leads them to avoid therapy and worsens their self-shaming tendencies, making eventual improvement in their emotional experience even more difficult.

I am an outraged psychologist, because I wonder:

My goal is outrageous, but essential — to start a revolution in how we define and treat mental illness. I vow to fight against the current system that labels, stigmatizes, and over-medicates people who are merely having normal, natural emotional reactions.

I feel compelled to speak up because I want to prevent any more children harmed by ADHD medication and blamed for their behaviors, teens labeled with “Major Depressive Disorder” and stuffed full of brain-damaging drugs, or an adult labeled as “Bi-Polar” and told they have an incurable, lifelong “illness.”

Psychiatrists have been on a wild goose chase for decades, looking for a biological cause for human behavior. Despite what the advertising and marketing campaigns conducted by Big Pharma would have us believe, research has failed to find any significant functional, anatomic, genetic, or biochemical cause of conditions such as ADHD, anxiety, bi-polar disorder, or depression.

Yet the profession continues to promote the Diagnostic and Statistical Manual (DSM), and the biomedical or disease model, even though they are based on deeply flawed assumptions.

In the past decade an increasing number of mental health professionals and those harmed by the profession have begun speaking out against psychiatry and the attempt to medicalize certain emotional and behavioral patterns.

Many anti-psychiatry advocates have offered excellent critiques of the current “medical model” or “disease model” of psychiatric “disorders.”1

Many are recognizing that “mental illness” is not the mystery that psychiatrists and their DSM would like us to believe. The DSM includes hundreds of arcanely named “disorders,” but other than a handful of clearly biologically based conditions, such as dementia, the psychological conditions are not really illnesses at all. They are merely “normal reactions to abnormal events,” as many have described them.

The mythology of the DSM has for decades hindered therapeutic treatment by:

Why do we have this mess?

Because the disease model and the DSM are promoted by psychiatry and the pharmaceutical companies, two industries that make billions of dollars selling and prescribing psychoactive drugs despite well-documented harmful side effects and lack of efficacy. 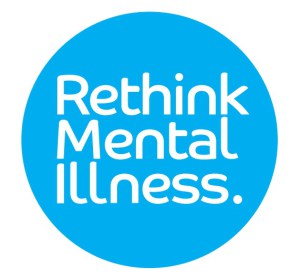 Big Pharma, colluding with their paid researchers in academia, has spent millions of dollars convincing physicians and the American public that popping a pill will “fix” the neurotransmitters in one’s brain and “treat” depression, ADHD, or schizophrenia.

This theory has never been proven to be true. Neurotransmitters cannot even be measured in the brain to determine if there is some presumed shortfall or excess. Peter Breggin, MD, a longtime advocate for appropriate prescribing of psychiatric medicine, writes that the idea of biochemical imbalances is sheer speculation aimed at promoting psychiatric drugs.4

In fact, psychoactive drugs often make mental health and functioning worse, as noted by many authors, including Robert Whitaker in “Anatomy of an Epidemic.” There is more and more evidence that all classes of psychiatric drugs produce chronic brain impairment, frequently prevent recovery, and can cause chronic or permanent disability.5

Millions of dollars in research funding have been thrown at trying to prove a biological cause of emotional problems, with an almost frantic avoidance by psychiatrists and pharmaceutical companies to even consider other explanations. This smokescreen of the disease model has distracted the profession and researchers from some obvious truths that actually do explain emotional well-being in a fact-based, common-sense, research-proven manner.

Even Thomas Insel in 2013, then the director of the National Institutes of Mental Health, issued a statement prior to the release of DSM-5 that distanced the agency from the document, citing its lack of validity.6

Perhaps one day a biological cause of anxiety, schizophrenia, depression, etc., will be found, but until that day the profession should use the facts that it does have to respond to these conditions.

In contrast, the ideas presented on this website provide a solution to these failures in the current mental health diagnostic system. What I call Self-Acceptance Psychology is a simple, but powerful new paradigm to describe and understand human behavior. It challenges the traditional ways of defining “mental disorders,” yet is based on fundamental human conditions and on well-researched psychological concepts.

What we do know for a fact is that that emotions drive human behaviors. And two of the most powerful emotions are shame and fear. It certainly makes sense to at least consider emotions as a cause of emotional problems, rather than be single-mindedly focused on a biological solution.

In addition, the DSM largely ignores issues of causation or context, such as trauma or attachment distress.

Of course, the reason for this is that things like trauma or emotion do not have a funding source, whereas Big Pharma has millions of dollars to spend promoting its agenda — which is pill pushing.

Any exploration of the history of the DSM reveals that the diagnostic categories are arbitrarily decided by a handful of psychiatrists and psychologists. Phillip Hickey, PhD, a leading anti-psychiatry advocate, in an article on over-diagnosis of ADHD, states: “(T)hose of us on the anti-psychiatry side of the issue have been saying for years that the various items listed in the DSM are nothing more than loose collections of vaguely defined problems with no explanatory or ontological significance.”7

Although it is purportedly based on research, the DSM has long been criticized as lacking in scientific rigor. Concerns have centered on the reliability and validity of the research evidence used, whether diagnostics can be replicated, the issue of categorical versus dimensional approaches, over-emphasis on the disease model, disregard for psychosocial/cultural models, and an overly cozy relationship with Big Pharma.

Dr. Hickey stated the situation very plainly about ADHD and it applies to all other diagnoses:

The DSM is essentially a “belief system,” according to Stijn Vanheule, in his book “Diagnosis and the DSM: A Critical Review.” It is also an important economic device for directing money invested in the mental health system for care, research, staffing, and programming.

As we look for a path toward a healthier response to psychological problems, there are many questions that could be raised about the DSM, including:

This outraged psychologist feels compelled to speak up against this unscientific and corrupt system. My heart breaks every time I encounter a child or adult who has been told his brain is permanently unbalanced and he needs drugs for the rest of his life. The confusion, hopelessness, and painful self-loathing I witness in these people is my motivation to try to extricate at least one person from the destructive mess of the current psychiatric belief system and to protect future victims from becoming ensnared.

While diagnosis by a mental health professional causes harm, it no longer even takes a trip to a psychiatrist to “diagnose.” With the internet, self-diagnosis is now a major problem. Many people come into therapy concerned because they have read about symptoms or have taken a spurious online quiz. They are convinced they “have bi-polar” or “ADHD,” as if they have acquired a disease, because that is how psychiatrists have portrayed these “disorders.” Teens know all the signs of depression and diagnose each other regularly based on the slightest change in mood. Calling someone “bi-polar” is the new bullying. For many people, the negative self-image that arises from these self-diagnostic exercises exacerbates an already-low self-image.

I am especially outraged because I see every day how psychotherapy can help people quickly and without the dangerous side effects of drugs. I witness the amazing transformation as people learn mindful self-compassion and develop self-acceptance to replace their fearful self-doubt. This leads to permanent solutions to anxiety, depression, ADHD, and other supposed “mental disorders.”

I can personally attest to the power of this process.

By learning self-acceptance and how to tolerate shame, I transformed my personality in large and small ways — learn more at How I Made 22 Personality Changes Through Self-Acceptance as well as video blogs on these subjects. My experience provided me with solid anecdotal evidence that developing self-acceptance works.

As I became more self-accepting, the anxieties, fears, and insecurities that seemed such a natural part of my life eased away unnoticed, leaving a much more authentic, confident, and contented person.

For more on my story, see my blog Why I Started Self-Acceptance Psychology.

I signed this letter from Coalition Against Medicalized Psychiatry and Psychology (CAMPP). 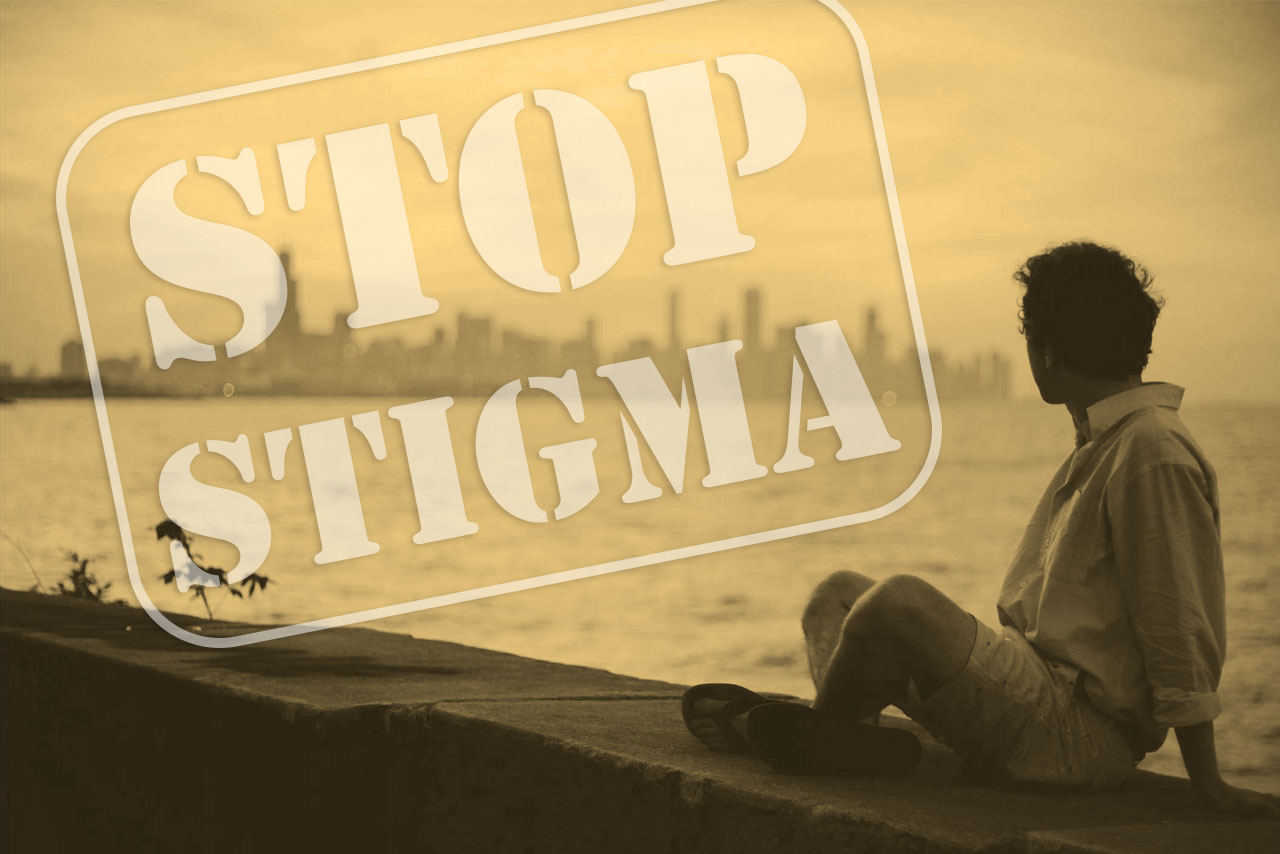 The answers: All FALSE!