Psychological Explainer: Why Does Trump Incite Racist Hatred Among his Base? 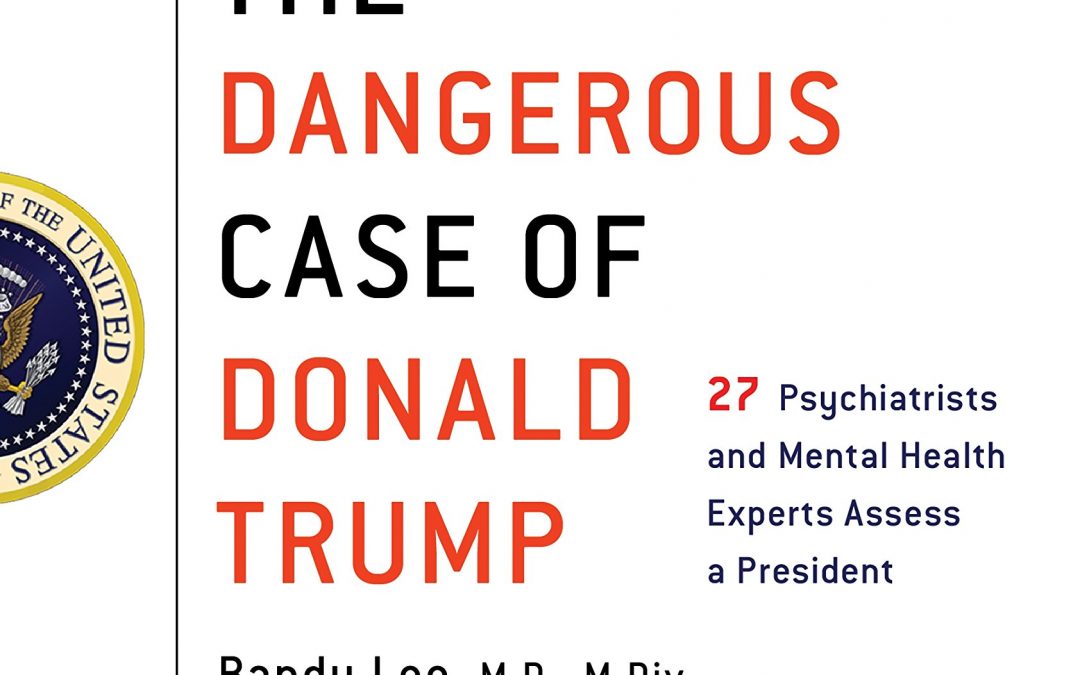 Given Donald Trump’s low poll numbers, many political pundits have wondered: Why does Trump incite racist hatred among his base? This political strategy certainly seems to excite the most ardent followers in the Trump cult, who chant “send her back” at his rallies and believe Muslims are “invading” the country. But it is also very likely to offend many centrist voters who held their nose and voted for him in 2016, but have been put off by his endless stream of offensive comments and impeachable behaviors.

Trump’s lifelong racism has been oozing out for decades, starting with his violations of federal housing law, his screeds against the “Central Park Five”, his anti-immigrant policies, and his anti-Obama birtherism. Now it is exploding all over Twitter with his vile comments accusing four Congress members of being “anti-American” because they challenge his policies. Not surprising that these four happen to be women of color.

Even though anyone who voted for him had to know he was a racist, it still seems to make no political sense for Trump to steer even more squarely into the territory of white supremacy and fascism, since he won by just a few thousand votes in three states. He certainly will motivate his core followers to vote, but in the process he is alienating anyone of color; women; and anyone who possesses a moral character that values conscience, equality, compassion, inclusion and the rule of law.

While there is no politically savvy reason for it, there is a very clear psychological reason that Trump is only concerned about his most ardent fans.

Because of their low self-worth, Other-blamers or narcissists are desperate to gain approval from other people, because they are incapable of being self-accepting. They are well known for craving what is called “narcissistic supply.”

Let’s look at how this plays out in an interpersonal relationship, as this pattern is exactly the same with Trump and his relationship with the country and his fans.

Years ago before I was a psychologist, I was in an abusive relationship with an Other-blamer named Ray. It would confuse me that Ray could be so kind and generous to others, but then come home and be either very lazy or even horrifically sadistic to me. On many occasions he would cut down a neighbor’s tree or help someone build a shed, but he could barely mow our lawn or help me around the house in any way. If he was drunk or high on cocaine, the truly egregious behaviors would come out in the form of hours of physical intimidation and violence.

I now know that this inconsistent behavior actually makes sense and also0 explains why Trump is desperately seeking approval from his base.

Ray knew he had me locked down as his narcissistic supply. I was a loyal, passive, people-pleasing person who did not challenge him, so he knew I would tolerate whatever he did. He then knew he could spend his time and energy going out and getting additional narcissistic supply, because he could rely on me being home, literally, to greet him and be loyal to him. He could be lazy or abusive, and I would not leave.

What happens with narcissists is that if they feel that any of their narcissistic supply is at risk of being taken away, they circle around to consolidate their “base” of supply to ensure it is secure.

In an individual relationship this plays out in an abuser feeling panicked by his wife’s threat to leave or get divorced, so he suddenly focuses all his attention on her. He has to ensure that she will stay loyal to him. I see this in couples therapy sessions, where the abusive narcissist suddenly pays a tremendous amount of attention to his wife. He pursues her with gifts, begins doing household chores, and promises to change. He is panicked that his narcissistic supply, which was previously locked down and dependable, is now independently making a choice to leave him. He will feed his wife the messages he knows she wants to hear: He swears he will never be violent and he’ll give up drinking and he’ll mow the lawn before she asks and he loves her and he’ll never cheat again and …”

This same thing is happening with Trump, as he realizes, perhaps in some deep recess of his immature brain, that his popularity is low. This scenario began playing out immediately upon his election when he realized that he really did not win a “landslide” as he has repeatedly lied about doing. His inauguration crowd was smaller than Obama’s and much smaller than the Women’s March the day after his inauguration. He has watched poll numbers stay at record lows throughout his term.

What would make logical sense (to those of us with healthy psychological functioning) would be for Trump to stop acting in ways that make him unpopular. He could stop tweeting lies, stop traitorously befriending tyrants, and moderate his policy approaches.

Instead, like the narcissist that he is, Trump instinctively knows his narcissistic supply comes largely from his loyal fans and Fox News. So he is now paying 100 percent of his attention and time on keeping his base loyal to him by feeding them the messages they want to hear.

A domestic abuser’s desperate need for his wife to remain loyal to him actually increases his tendency to be violent, jealous, and possessive with her. Ultimately, this may lead to police involvement and his wife and family leaving him because of his violence. This behavior seems to be counter-intuitive, as it leads to the very abandonment he fears. Yet he persists in demanding his wife’s approval and loyalty, even at the risk of losing it.

In the same way, Trump is short-sightedly behaving in ways that drive off moderate voters and drive down his poll numbers. Ironically, this will worsen his emotional panic, leading him to engage in even more extreme behaviors. Even though it makes no strategic sense, Trump will escalate his sadistic comments, policies and behaviors all the way to November 2020, because he knows this cements his primary narcissistic supply with his core base.

He does not care if he loses his other sources of supply — from centrist voters or moderate mainstream media.

Watch for more fascistic “campaign rallies,” because they feed Trump huge amounts of adoration into his greedy, empty soul. He will also not give up his Twitter addiction, even if it alienates voters, because loves tweeting obnoxious conspiracy theories and lies and getting thousands of retweets and comments.

He will continue to focus on gaining approval from his cult followers and will disengage from or alienate the rest of the country. The result is we have a president who is effectively only governing the small percentage of people who continue to support him, which actually is not fulfilling the duties of his office to be the president of the entire citizenry.

My request — Pundits: Please stop expecting Trump to behave as a normal politician or normal human being who cares about behaving in pro-social ways. His behavior is all about connecting with those who worship him and feed his fragile psyche.