My Last (?)Blog on Trump: My Journey in Trumpworld and Solutions to Prevent Trump Redux 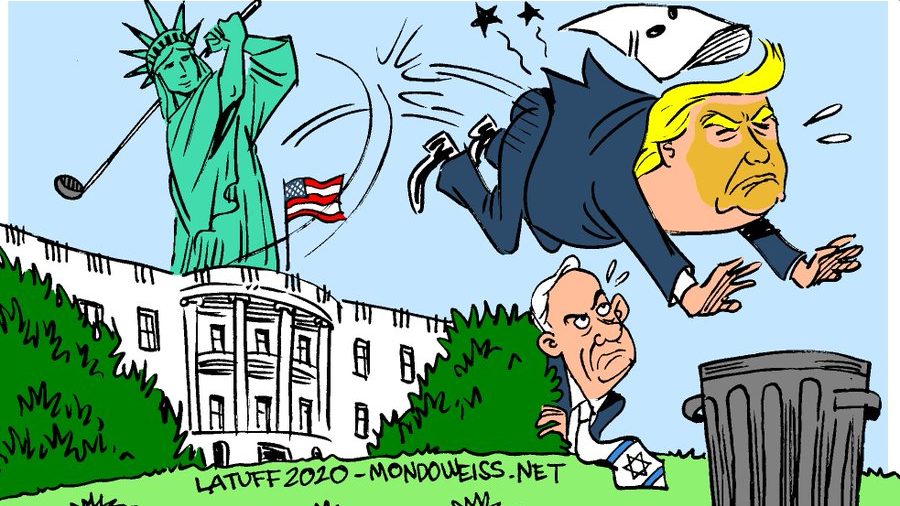 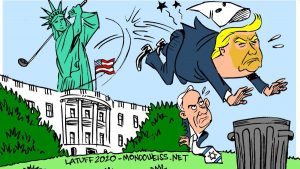 With Donald John Trump soundly defeated and heading for the dustbin of history (and hopefully numerous civil and criminal prosecutions), I felt the need to write a recap of my thoughts and experiences about the past five years.

I began blogging against Trump in March 2016 because I immediately recognized he was exactly the same personality as so many abusive people I had known personally and professionally. When he won the nomination I realized there was no more important psychological topic I could write about than his toxic narcissism and sociopathy and how it would cause chaos in our country. The topic of Trumpism was not about “politics,” but about morality. My social media feeds have also been dominated by this topic. I apologize if this has offended some. However, I entered the field of psychology to inform about abusive behaviors, and Trump provided, sadly, a perfect platform to do just this.

In early 2017 I was asked to write a chapter in “The Dangerous Case of Donald Trump,” which was an instant bestseller. Millions were curious or concerned about Trump’s mental health issues and over the next four years millions more would gain awareness of these issues, in no small part to the efforts of my co-authors and Dr. Bandy Lee, our editor and chief spokesperson. Dr. John Gartner, a co-author, was also instrumental in advocating for describing Trump as a malignant narcissist, a term that has now been used by many pundits. I’ve logged more than 300 national and international media placements on the book or by my co-authors in the past 4 years. Thanks to the many other mental health professionals who have worked to advance these issues by organizing conferences and events, writing op-eds, signing petitions, and speaking to the media.

I have been interviewed several times and written some op-eds. I was honored to be asked to edit a special edition of the Journal of Humanistic Psychology on ethical activism in the age of Trump. I wrote in that edition about the impact of emotions of shame and indignation on prosocial behaviors and morality, and how Trumpism is a violation of our human need for prosocial behaviors. I am thankful for the impact that I was able to have, but wish I could have had more opportunities to opine about Trump. However, without an Ivy League doctorate as credentials, my platform was limited.

Trump provided me and other mental health professionals a daily avalanche of evidence of his psychological struggles, unfiltered by any attempt by Trump at self-awareness, self-restraint, or empathic concern for the impact of his outbursts on others. Every bombastic rally, sniping tweet and cotton candy combover was a goldmine of psychological evidence of his insecurities and compensations for those insecurities.

Despite this wealth of evidence, about 15 months ago I decided that I was merely preaching to the converted about these problems. Those who understood the dangers of Trump needed no further evidence; those who refused to accept that these behaviors were problems were clearly not going to be reached. I slowed my blogging on Trump but I would —  when sufficiently outraged — write an article. I was also busy with other forms of activism that I felt were more productive, so there remain about 75 ideas and drafts of blogs on Trumpism on my computer that will never see the light of day.

The election result seems to be evidence of a divide between those aghast at Trump and those agog. Democratic voters almost universally recognize Trump and the GOP as inclined toward anti-social traits of self-interested power and individualism, as evidenced by the GOP’s lies, hypocrisy, greed, corruption, abuse of power, and violations of rule of law and ethical norms. In contrast, Trumpists largely justified or even celebrated these behaviors as necessary to achieve and retain power to oppose the dreaded, evil “socialists” in the Democratic Party seeking to destroy the country by providing affordable healthcare, healthy environments, fairness and justice.

Throughout the Trump reign I drew parallels between abusive or antisocial behaviors in politics and the abusive or antisocial behaviors so commonly seen in individual relationships. I was one of the first to use this construct, yet I have seen it used in numerous articles in the past several months. More commentators are recognizing that what is playing out in the White House and the GOP is the same dynamic that plays out in so many relationships and families.

The dynamic is driven by primal emotions and fears, notably shame and the fear of being  shamed. 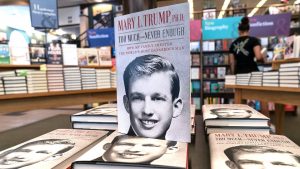 As Mary Trump, PhD, wrote in her book (which I reviewed here) about her infamous uncle, Donald was raised by a harsh and demanding father who used toxic positivity and threats of rejection to manipulate his children into compliance and fear of failure. This environment never taught Donald and his siblings how to handle feelings of failure in healthy ways. Failure was not an option, because if you failed, Fred Trump ignored you, disowned you or shamed you publicly.

Donald never learned what we know is essential for developing healthy human relationships — mutual trust. Healthy relationships are built on a feeling of dependability and the ability to repair when the trust is broken by the actions of one or both members. Without this, Trump had only a hyper-competitive (“kill or be killed”) approach to life. Domination over “losers and suckers”, not reciprocity, is his model for relationships of all kinds. This showed up as paranoia that others were also out to screw him over, just as he was doing to them. His joyless, humorless tension belies his chronic anxiety about life; he is unable to relax down into a sense of safety even in his closest personal relationships.

I see these exact behaviors in couples I see in therapy. Perhaps there is a behavior, such as an affair, that prompts feelings of betrayal. But often the pattern is broader and deeper than that incident. Usually the couple has a chronic sense of distrust and fear of vulnerability that leads to emotional distancing. They fail to regularly repair the relationship with apologies, warmth and kindness.

Think of democracy as like a healthy relationship, where each person enters the relationship assuming both have good intentions at maintaining or improving a loving relationship. Each partner has a voice and behaves respectfully and fairly toward the other partner. They can set aside their own selfishness or emotional needs to focus on what is also good for their spouse or the relationship itself. Sadly, Trump and the GOP don’t engage in any of these behaviors.

I believe the long-term effect of Trumpism on the country will lead to a similar sense of mutual  distrust. Red and Blue partisans will view each other with paranoia and fear. Since at least 2008 when Sen. Mitch McConnell promised to obstruct everything President Barack Obama attempted, the GOP has overtly taken as its guiding principle that not only will there be no compromise with Democrats, there will not even be an attempt at equitable negotiations. There will be no effort to compromise to achieve a common goal of governing the country. All eyes will continue to be on winning the next election to ensure domination in the relationship, just as the abuser in a relationship is only concerned about controlling his victim.

I hear more commentators use the word “shameless” when describing the GOP and Trump, but I would quibble. I believe they are not shameless, because all humans do experience shame. It is more correct, although admittedly more cumbersome, to state they are unwilling to be influenced by shame. These Other-blamers as I call them, have not learned healthy shame tolerance — the ability to admit fault, experience that shame, and to recover and be accountable in acknowledging their shameful behaviors by apologizing and repairing relationships. The shame intolerant Other-Blamer instead uses a range of maladaptive coping mechanisms to divert from shame, including blame-shifting, justifying, excusing, bullying, and demonizing others (See: Donald John Trump.)

The past four years and the election results are evidence that about half of this country shares and publicly celebrates anti-social traits. The remainder of us who function more on the pro-social end of the spectrum are appalled to realize this fact — that our friends, family and neighbors have no interest in what we believe are essential human traits, morals and values. These Other-blamers do not believe in cooperation, conciliation, accountability, kindness or fairness. This feels like a primal betrayal and loss of trust that, again, brings us to that foundational rule about relationships. Depending on our fellow humans is essential for healthy societies and relationships. Without a sense of trust, we have no safety. And we cannot built a democracy without an ability to trust in our fellow citizens.

Solutions for a Post-Trump World

I am so very thankful that majority of voters in this country voted Trump out of office, saving us from a dictatorship. My relief after four years of abuse by that man is a wonderful tonic after nearly five years of stress, work and activism.

Like many people, I have been traumatized by the realization that our country is at risk of an authoritarian takeover because all it takes is one unstable person enabled by a handful of his own political party syncophants. That traumatization was worsened by realizing that millions of my friends and neighbors could overlook, excuse and even embrace severely immoral behaviors.

I do hope this is my last blog on Trump and I no longer have to blog on this evil, destructive human being.  It is sad that he is very unlikely to truly retire and adopt a low profile, as all past presidents have done.

Since I no longer have to commit to hundreds of hours of effort to oppose Trumpism, I now have time to return to writing about other important topics in psychology, such as self-acceptance and self-compassion. I look forward to reclaiming my life! Thanks to all of you who supported my writing over the past four years and for any work you did in opposing Trump. My wish is that we can all move on to a calmer, more centered existence as our need to be preoccupied with Trump and his toxic, abusive behavior decreases.