How to Make a Terrorist: Is it Ideology or Isolation? 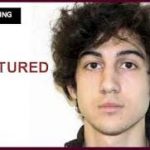 As we learn more about the Boston bombing suspects, Tamerlan and Dzhokhar Tsarnaev, it sounds like their family life may have been in turmoil for many years.

These two young men may have experienced several strikes against them while growing up that may have lead to their behavior:

All this points to children with no “pack.” These young adults were perhaps under-supervised, with not enough “village” doing the raising.

As I write in “Pack Leader Psychology” children who grow up without proper leadership by parents, other adults and extended family do not learn essential emotional and behavioral skills or correct behavior and morals.

We all need a pack and pack leaders, but children especially need the feeling of security and boundaries and the regular discipline and guidance of wiser adults that a social group provides.

These concepts are well accepted, but “Pack Leader Psychology” adds a deeper intrapersonal component to this mix.

We all fear being cast out of the “pack,” or our social group. This arises out of a need to be safe that has been honed by evolution to be a primal driver of our behavior.  When social bonds are disrupted or broken, all humans become more insecure and frightened. When we have very little connection to our “pack,” our fear response is heightened. We become hyper-vigilant to being rejected by others, sensing that we must maintain a connection to the few people left in our small “pack.”

Teens and young adults are biologically even more hypersensitive to feeling shamed or cast out by others. (Think “peer pressure.”)

So this horrific bombing may have occurred because two young men were cast adrift by their family and cultural “pack.” This put them on high alert for being rejected or criticized by others. It may have led them to over-react when they felt isolated or cast out by society in even a minor way.

As I discuss in “Pack Leader Psychology,” one of the fear responses is the “fight” response. A bombing certainly qualifies as a “fight” response, with tragic consequences.