Emotional Contagion: How We “Catch” the Feelings of Others 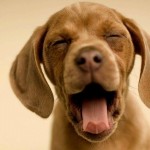 When I was a beginning therapist, I was concerned about yawning in front of a client. I knew that making someone feel I was disinterested was not only rude, but would disrupt the therapeutic alliance and trust.

Yet I was working two jobs and often 14 hours a day, so the risk of yawning was a legitimate concern! I generally did not have a problem with sleepiness in session, because I was excited to begin my work as a clinician. But occasionally I did struggle with yawning. I chalked it up to my work schedule, until I realized that my yawning was inconsistent: I didn’t yawn in one session, yawned in the next, then didn’t feel tired at all in the third. If I was truly exhausted, I would be having the same problem in all these sessions.

Two psychology researchers noted this same experience of yawning with a client, as told in this NPR story. However, I disagree with their conclusion that their yawning in therapy was due to the patient’s underlying “depression.”

When I thought about the randomness of my yawning with just certain clients, I recalled something I had learned from a video about dog behavior. Dogs will often yawn, not out of boredom or sleepiness, but because they are anxious.

Even more intriguing:  A calmer dog will often purposely yawn as a signal to a more anxious dog as if to say:

Now when I can’t seem to control my yawning in a particular session, I don’t automatically assume I am tired. I recognize that I may be unconsciously responding to my client’s fear and anxiety. I’m trying to signal to that person to calm down. (It also signals me to teach them self-calming and meditation skills!)

Part of our brain contains what are called mirror neurons, designed to pick up on the emotional status of our companions and react to those emotions. You can imagine many evolutionary advantages to this for our forebears. If you looked across the campfire and saw your tribe mate’s eyes wide in fear, it would make good sense to duck, run, or turn and fight. Beyond the “fight-or-flight” uses, evolution also favored those of us who engaged in “tend-and-befriend” behaviors, such as love, caregiving, and reciprocity. If we looked over and saw a tribe mate crying, hungry, or in pain, we would be moved to comfort or care for that person. She would then do the same for us when we needed help, ensuring that both of us might have a better chance of survival.

This ability to read, attune to, and respond to the emotions of others is called emotional contagion. Just as we catch a virus without being aware of it, we pick up on the felt experiences of our co-workers, friends and family.

Numerous studies have determined that we can assess nearly imperceptible micro expressions in the faces of others — split-second expressions of emotions.

Most of us have had the experience of undergoing a change of mood or behavior when we are with certain people. A joyful, exuberant friend makes us more talkative, happy, and energized. A quiet, morose friend puts us in a similar mood. Those mirror neurons also cause us to consciously and unconsciously imitate the moods and behaviors of others, because we actually feel that emotion in our brain and bodies.

This information is essential to know for anyone in a relationship — that would be all of us!

While this system is very helpful when we are in relationships with kind, fair, calm, and emotionally balanced people, it can go haywire if we spend time with people who are insecure, anxious, depressed or angry.

This is why I advocate for clients involved in relationships of any type with narcissists (Other-blamers) to develop healthy emotional and/or physical distance. Narcissists emit very anxious, negative and threatening emotional energy, because of their predatory personality. They tend to blame and shame others frequently, dumping their own shame onto their partners, friends, and family. These are very unhealthy emotions to catch, especially if it adds to the victim’s own sense of self-shaming and guilt.

So be aware that your moods may be “caught” from someone else, and not really yours, especially if that emotion is guilt or blame. A blame-shifter in your life may have piled his guilt onto you merely to relieve himself of that feeling.