The Connection Between Anger and Shame 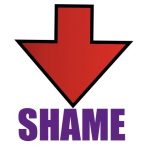 Anger and shame are strong emotions that we have all experienced, but there is actually a connection.  Because of my experience in an abusive relationship, I saw this connection play out firsthand. I also see it in therapy patients every day.

It’s clear that physically and emotionally abusive people lash out in anger, but many experts on domestic violence do not understand why these abusers do so. Treatment focuses on “anger management,” which is rarely successful. That is because treatment does not address the underlying emotion: shame.

To me, the connection between anger and shame is clearest in abusive people. Abusers lash out when they feel ashamed or perceive they are at risk of being criticized, rejected, excluded or humiliated. They are Dominator personalities that I describe in “Pack Leader Psychology,” and use anger as a way to intimidate others and manipulate relationships. They do this to defend against criticism, which to them feels especially shaming because they have low self-esteem.

Anger is an essential survival emotion and can be helpful if it is used as a self-protective response to legitimate boundary violations in relationships. If someone does something morally wrong, you should get angry. It is actually healthy for you, the other person, and the relationship.

However, anger is often used as a defensive response to feelings of shame. When people who have low self-worth feel emotionally threatened by perceived criticism, they have three primal responses:

1. lash out at others in anger (fight response),

2. lash in at themselves (flight response), or

These are three classic fear responses of all social animals, including humans. The root cause of the shame/fear connection is an intrinsic sense of low self-worth combined with a natural fear of exclusion or rejection by the social group. I discuss this three-way link extensively in “Pack Leader Psychology,” because I believe it is essential to understanding human behavior.

If you are getting angry, ask yourself honestly if you have a legitimate reason to get angry, such as someone has behaved in a morally inappropriate manner. Or are you getting angry because you are ashamed of your own behavior and just don’t like getting called out on it? Are you using anger to “fight” or “lash out” at others to get them to back down, so you can feel protected from feeling shame? For Submissives and Avoiders, anger may be a last-ditch effort to protect themselves when they have been pushed too far by someone else, often a Dominator. But they need to ask:  Did my lack of assertiveness give the other person the green light to take advantage of me until I felt backed into a corner?

Pack Leader Wisdom: Anger may be the visible behavior, but shame is often the hidden emotion.