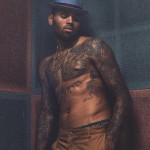 Coincidences are always fascinating. Last week I read a very psychologically revealing Guardian article about rapper Chris Brown losing his virginity at age 8. I also heard the story of a child traumatized in her first grade classroom when she witnessed another girl performing oral sex on a boy while fondling a second boy.  In first grade. In class.

Now, I don’t know if Brown’s story is true or braggadocio, but the real life situation was one of the most disturbing things I’ve heard. It speaks, of course, about some appallingly bad parenting and an unsafe home environment. Clearly, a first grader does not naturally behave this way without first witnessing this behavior by an adult. And witnessing it enough times that performing it a public school classroom would be considered appropriate. That child needs to be removed from that home immediately. Her self-worth and self-respect must already be so low that her emotional health needs to be addressed with therapy.

Beyond the obvious, though, I worry about the larger impact that behavior had. All the children in that classroom will be affected in some way by that early exposure to sex. Some will probably be traumatized and it might affect their emotional development and sexual perspectives for life.

If Brown’s early exposure to sex is any predictor, the boys directly involved may develop unhealthy attitudes toward women and sex just as Brown has.

It takes a village to raise a child, but the entire village is also impacted by bad parenting.  This one child over-sexualized at an early age by some caregiver’s behavior has had a  very negative effect on this group of students. And she will probably continue to have negative effects on hundreds or thousands of other people in her life unless she gets immediate and effective behavioral health intervention. And all the people she traumatizes will have an effect on hundreds and thousands of other people, like ripples in a pond. I don’t believe it is overstating to say that one bad parent can damage a whole lot of lives.

As I discuss in “Pack Leader Psychology,” we need more pack leaders, especially pack leader parents, who do the right thing for their children. Instead today we have far too many parents who behave selfishly and without regard for the emotional and physical health and safety of their children. And, without knowing it, affecting potentially thousands of other children.