Do animals have emotional intelligence? 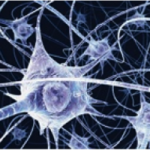 I can’t help but blog about animals, rather than people today. Are animals conscious? Or, as I prefer to say: Do they have emotional intelligence? Those of us with pets know the answer: Yes! I believe that dogs (and Reilly does for sure) feel emotions like fear and joy, make conscious decisions about their behaviors, plan their behaviors and choose how to interact with others and their environment. Animals are actually far more intuitive and sensitive about how others are feeling than we humans are (or have become!). I’d say animals have MORE emotional intelligence than modern humans.

But scientists have always wanted to put man on a unique plane in regard to those behaviors and intelligence.

Well, a group of leading neuroscientists has made an official declaration recognizing consciousness in animals.

The main part of the declaration reads:

“We declare the following: “The absence of a neocortex does not appear to preclude an organism from experiencing affective states. Convergent evidence indicates that non-human animals have the neuroanatomical, neurochemical, and neurophysiological substrates of conscious states along with the capacity to exhibit intentional behaviors. Consequently, the weight of evidence indicates that humans are not unique in possessing the neurological substrates that generate consciousness. Non- human animals, including all mammals and birds, and many other creatures, including octopuses, also possess these neurological substrates.”

mindhacks blog has links to the full pdf and speeches from the conference.

What do you think? Are animals “conscious?”