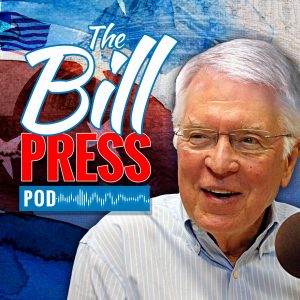 I’m pleased to announce that I’ve been interviewed by Bill Press on his podcast. The topic is Trump’s antisocial tendencies and how they affect the mental health of all of us. I’m joined by Jennifer Panning, PsyD, one of my co-authors in “The Dangerous Case of Donald Trump.” She coined the phrase “Trump Anxiety Disorder” to describe how people reacted to his election.

Bill Press is the former co-host of MSNBC’s Buchanan and Press, CNN’s Crossfire and The Spin Room. He previously was a political commentator on KABC-TV and KCOP-TV, both in Los Angeles. Over the years, he has received numerous awards for his work, including four Emmys, and has written 10 books.

Check out the podcast!

All the other platforms: BillPressPods.com