Are You More Accountable Than Your Dog? 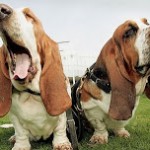 When a dog is scolded, she acknowledges immediately she has done wrong. In dogs, this is often signaled by a yawn, a release of anxiety that often follows being disciplined. But this ability to be accountable allows them to move past the shame of being disciplined, to learn and to change.

Unfortunately, too many people today have a great deal of difficulty being accountable in this way for their behaviors. They seem unable to apologize, accept blame, admit they were wrong or admit they don’t know something. Their response is almost always to lash out at others in blame, rather than be self-aware and appropriately self-critical.

As I write in “Pack Leader Psychology,” this is because they have low self-worth and self-acceptance. Any additional shame or blame feels unbearable to them, so their choice in self-protection is to attack others. “Dominators” have personal relationships based on manipulation and control. They seek to manage others to prevent the inflow of potentially shaming messages, so they intimidate and bully as a way to get others to back down and not criticize.

These “Dominators” are all around us today, even in our immediate families, and their behavior can wreak havoc on relationships.

Without the ability to be honest with ourselves about our behavior, we cannot hope to truly understand why we behave the way we do and see its effect on others.

It is interesting to me that even people who have read “Pack Leader Psychology,” where I explicitly and directly describe this behavior and its roots fail to recognize that they have these very traits. Of course, this is exactly the problem. They are almost psychologically unable to recognize their faults. It is this very inability to be self-aware that prevents these people from moving forward with positive personal change in their lives and relationships.

Sadly, this personality disorder could have been avoided if someone had called them out on this behavior earlier in their lives before it became an ingrained pattern of self-protection. Until we break this cycle by improving the quality of parenting, these behaviors will continue to flourish in each new generation. We need good, assertive Pack Leader Parenting to start right now!

Are YOU a Pack Leader? Take the quiz to find out!