Are Easy A’s the Reason for Your Child’s Anxiety and Tantrums? 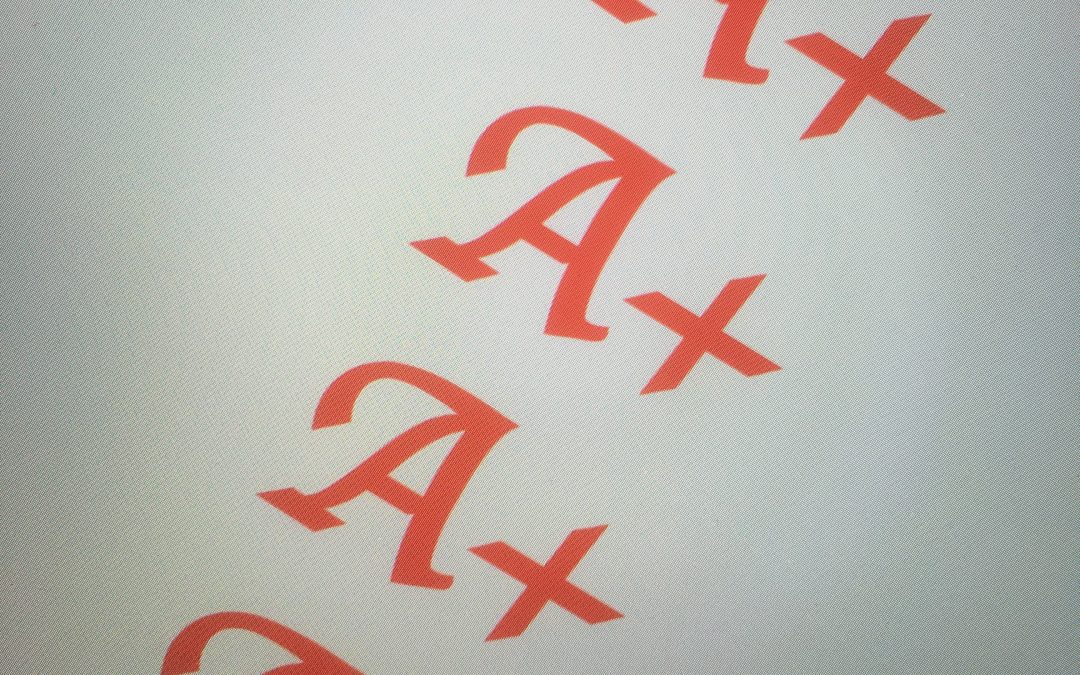 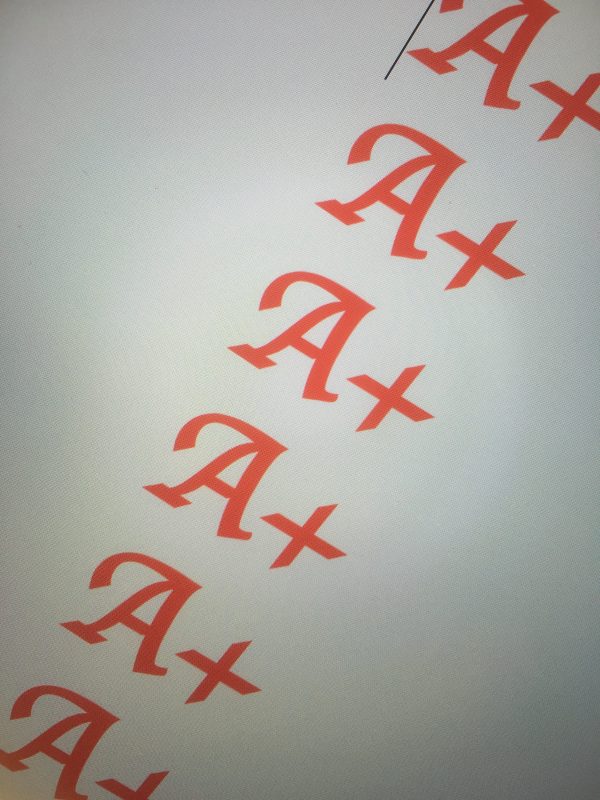 Not to brag — because I had nothing to do with it — but in elementary school I was considered smart enough that I skipped second grade. (This must have been based largely on my precocious ability to read, because my math skills have always been incredibly flimsy. As in I still struggle with simple arithmetic… but maybe that’s because I skipped second grade!)

Despite being identified as academically gifted, I frequently got “Unsatisfactory” on my report cards. My grades were mixed throughout school with Bs and Cs in math and science and As and Bs in English. I managed to graduate 12th in my class with a 3.2, if I recall correctly. Nowadays, I think a 3.2 GPA would place me in the bottom half of a senior class. And yet I was a National Merit Scholar Finalist based on my ACTs. I am sure no one in our class had a 4.0 GPA.

When I look in the newspapers at today’s graduating classes, the list of students graduating with a 4.0 or straight A grade average fills two newspaper pages. Many even have averages above 4.0 due to advanced placement classes. Clearly, grade inflation has run rampant. When working with teenagers today, I hear how they can retake tests as many times as they want, turn in homework weeks late, and correct mistakes on tests and homework to get an A.

However, these children are in therapy usually because they are anxious and depressed. I believe they are struggling emotionally in large part because of an academic system that allows too many students to “succeed” with an easy A.

Such low standards in schools mean children never have to experience difficulty or failure.

This system creates children who never have to be accountable for their lack of effort, because minimal effort gets a high reward. They also do not learn accountability to actually study or meet deadlines because they are given infinite attempts to repeat tests. If they don’t study, they can just retake the test until they get an A.

Consequently, schools are creating children who fear failure and do not learn to cope with the very nature emotion of shame, setting them up for lives of fear, anxiety, and “depression” at  even the prospect of failure.

Shame intolerance leads to various types of maladaptive behavior that involve one of three types of blame shifting that I describe in my Self-Acceptance Psychology book. Self-Blaming shows up as self-criticism, anxiety, depression, perfectionism and over-achievement. Blame Avoidance in a child may involve lack of accountability and just giving up on doing schoolwork. Other-Blaming behaviors include making excuses, lashing out in anger and becoming emotionally distraught.

These behaviors may lead families and children in to therapy for what look like emotional or behavioral problems. Some children have a mix of the three behaviors that present like this:  A child or teen is an over-achiever and perfectionist at school who gets great grades and is very involved in activities. Other adults and peers think the child is well behaved and compliant. She may or may not express thoughts of unworthiness or fears of failure, but she probably feels them.

In contrast, at home, she is a junior tyrant. She becomes distressed at the prospect of homework, so that she delays and dawdles over it. Then at 10 pm she finally begins the homework process, but is so overwrought and tired she cries, whines, and throws a fit, creating chaos in the home with her tantrums. The lack of sleep that results creates a cycle that leads to more bad behavior.

She may even engage in crying and stomping fits every day before school because she dreads school, with its opportunities to experience failure and shame. She also feels her homework is not perfect enough to turn in, causing her anxiety.

Every night brings the fresh hell of more homework, which she both over-strives to complete perfectly and dreads because it brings with it the possibility of “failure” and devastation self-criticism that would then result.

With these children, I look for issues with low self-worth, because their self-image has often been tied to getting those easy As in school. As school becomes more difficult, perhaps in middle school, they often feel threatened with their first “average” grade and they cannot stand the stress. They have never learned to tolerate shame and so this “failure,” in the form a B or C, is a new experience. To deal with the shame, they then engage in unhealthy coping mechanisms, such as the anger and tantrums of Other-Blaming behaviors.

Clearly, the schools are not doing our children any favors by engaging in grade inflation where everyone gets As. Children need to learn that there are some tasks at which they are not yet proficient. Life is full of things we have yet to learn.

The fear of failure this may engender in children can create unhealthy emotional patterns than can follow them for life, such as Other-Blaming and Self-Blaming. The result is an elevated threat response (”fight-or-flight”), which trains the brain and body to react, similar to the experience of trauma. The resulting diagnoses which result are personality disorders, bi-polar disorder, anxiety, OCD, depression, and ADHD.

The solutions for parents:

1. Give your child opportunities to fail and discuss how that feels, using words like “ashamed,” “embarrassed,” and “disappointed.” Then discuss ways to reframe those thoughts into something more positive: “Of course you don’t know how to do it. You are just learning how to do fractions,” or “You have only played soccer for one year, yet you expect yourself to play like a professional in every game?”

2. Stop talking about homework and school success. Parents who over-focus on success put pressure on a child. Focus on love of learning, not just grades.

3. Focus on a child’s character traits, such as hard work, persistence, and resilience.

4. Develop a growth mindset in your child.

5. Model good shame tolerance. Admit you don’t know something and seek to learn. Admit you were wrong or failed in some way.

6. Recognize that a child who feels shame may trigger into angry, defiant behavior because they cannot stand the humiliation they feel. It feels more comfortable for them to lash out at you, rather than be accountable for their shameful feelings. Many parents attempt to use harsh punishments to gain compliance, which can trigger additional shame.

7. But also avoid permissive parenting styles that rescue the child from accountability. Parents can benefit from self-reflection. Do you feel uncomfortable tolerating shame yourself? Do you feel compelled to rescue your child from this experience as well? This style of parenting teaches a child BOTH harmful skills of avoiding shame and offloading it to others in accusations and blame-shifting.

8. It may be too late, but parents can try to work with schools to try to fight the trend toward grade inflation and lack of accountability that result from policies such as retaking tests and the lack of deadlines for homework.

Failure is a skill we must teach young children. It is not normal to always get 100 percent on everything they attempt. By protecting our children from embarrassment and shame we are creating orchid children who cannot thrive when they face life’s normal bumps and spills.