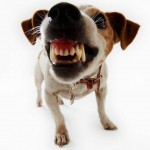 Probably not a news flash:  Owners of stereotypically aggressive dog breeds such as Germen shepherds and Rottweilers are more likely to be angry, hostile and aggressive. So finds a research study from Ireland, reported in HuffPost and shared by a friend. (Thanks!)

The gangster/pit bull pairing certainly is a stereotype that supports this as well. One of the study’s researchers is quoted: “This might imply (although has yet to be proven) that people choose pets that are an extension of themselves.”

That is one take. But I would propose a deeper and more helpful insight, which I discuss in my book “Pack Leader Psychology.”

Aggressive and hostile people are what I label “Dominators.” These people have very low self-worth and are insecure. Some Dominators are typical bullies. When Dominators feel threatened they “lash out” at other people with the primal “fight” response. These bullies use intimidation and fear to keep people at a safe emotional distance as a means to protect themselves from potential criticism, rejection and feelings of exclusion.

Sure these people choose pets to be an extension of themselves. But the reason they do so is the fascinating part. They do so because they are insecure and feel a need to have a big, aggressive dog to extend their “bully” behavior outward to intimidate and keep people at bay and protect themselves.

In addition, I believe that these anxious, insecure people are not balanced, healthy pack leaders, and their dogs know it! Around an anxious owner, a dog becomes anxious — and some may become more aggressive. As I describe in the book: Dogs and humans both use a “fight-or-flight” response when scared. Just one of the many parallels that explain nearly all aspects of human behavior.