ADHD is Not a Disease 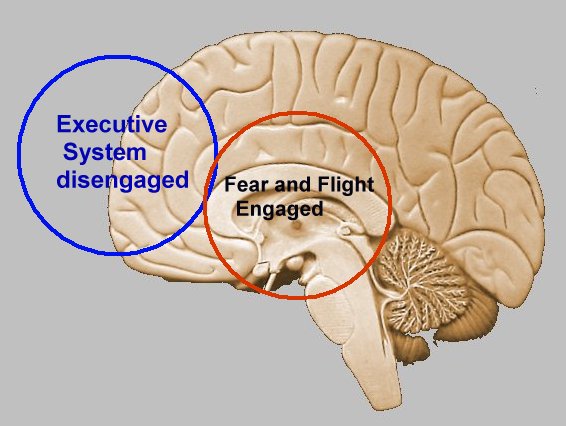 I just spent the last therapy session educating a parent that ADHD is not a disease, medical illness or brain defect. And then this article headlined Researchers Reveal Misconceptions About ADHD showed up in my inbox confirming all of what I had told her.

In addition to what the article notes, I would add that problems paying attention or sitting still are merely elevated levels of fear or anxiety. This plays out as difficulty focusing, poor concentration, hyperactivity, and the other “symptoms” of “ADHD.”

According to well-known child development facts, children are much more sensitive to sensory stimulation than adults. The world is new to them, so what is expected and non-threatening to adults may actually provoke in them a mild sense of uncertainty. This is why children like consistency and predictability in their lives, such as reading the same story over and over again — it calms them down.

Even their ears are more sensitive than an adult’s ears. So a child’s senses can be over-stimulated by things like a loud TV playing constantly in a home, a fast-paced video game, a family that talks loudly or yells a lot, or a classroom over-decorated in colorful artwork. This can lead to a subtle, but chronic triggering of the “fight-or-flight” fear response.

One of the most common problems I see in families with kids with “ADHD” problems is parents who are overly verbal, especially with younger children. Remember that spoken language is not a child’s first language. Nonverbal emotional connection is.

I urge parents to speak much less. Use short, direct sentences. Try to communicate using your warm emotions, eye contact, body language and intentions, not words. Stop explaining everything to children.  This overloads a young child’s cognitive abilities and causes anxiety.

Parents also complain about children “zoning out,” forgetting to turn in homework or do chores, etc. While some of this can certainly be developmentally normal, it can also be the last element of “fight-or-flight,” which is “freeze.” An over-stimulated child’s brain may just numb out or tune out as a way to manage the over-stimulation.

During the fear response, a part of the brain called the hippocampus, which is in charge of memory and emotional processing, goes offline and is less functional. This tells us that providing a child a calm environment, with less stimulation, may help improve memory.

Psychiatrists and pharmaceutical companies want us to blindly accept their false statements that “ADHD” is a biological disease that requires lifetime medication to “treat.” Don’t be fooled. There are real, common-sense, scientifically sound, biological explanations for these emotional responses and behaviors. And the good news is that means they are fixable with changes in parenting and environment, not harmful, brain-damaging medication.