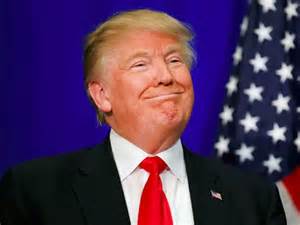 I predicted well before the election that Donald J. Trump’s immoral behaviors would never improve, and would instead worsen. I knew that where there was smoke (aka sexual assault, racism, and links to Russian mobsters) there would be fire. And, boy, do we have a fire. Grab the marshmallows.

The depth and breadth of Trump’s corruption, venality and illegal behavior is being pieced together by federal and state investigators and legal teams, and exposed by investigative journalists. As Huffington Post reports, everything Trump touches seems to be under investigation,  including “… the Trump Foundation, the Trump Organization, the Trump presidential campaign, the Trump transition team, the Trump inaugural committee and the Trump administration itself.”

Trump’s shady business dealings and financial entanglements with Russian mobsters and oligarchs, including likely money laundering, have been documented for years. Hillary Clinton and others frankly stated their concerns that Trump was in league with Moscow during the campaign. Nothing about Trump’s behaviors since the election have dispelled this notion that he is Putin’s lapdog. Concerns about the Trump Foundation illegally funneling money to Trump himself was known during the campaign. Trump’s hatred, misogyny, and bigotry have been known for years. He was caught on tape admitting to sexual assault. All of Trump’s worst behaviors were readily apparent before the election. Of course, Trump’s corrupt practices appear not to have stopped once elected president, and this should surprise no one.

So how could I make a prediction about Trump’s behaviors with such confidence? Because the personality and character of Donald Trump fit a very clear pattern. As I wrote in the bestselling book “The Dangerous Case of Donald Trump,” that pattern is one I have labeled as an Other-blamer. While some call him a malignant narcissist or a sociopath — and those labels would not be incorrect — Other-blamer is a more descriptive and accurate label, because it identifies the core trait that underlies so many of his immoral behaviors.

Due to childhood attachment traumas, Other-blamers have low self-worth and are highly sensitive to shaming experiences, such as being criticized, making mistakes, being rejected, or feeling inadequate. They did not learn healthy shame tolerance and, rather than be accountable, they blame-shift to others to preserve their fragile psyches and avoid feeling additional shame.

Of course, this blame-shifting leads Other-blamers to make bad choices that we would label as immoral, narcissistic, and sociopathic: lying, cheating, stealing, justifying, manipulating, physical assault, emotional abuse, bigotry, hatred, lack of accountability, and many more. (Trump’s behavior checks all these boxes.) These behaviors are tactics to help them avoid feelings of unworthiness, shame, and blame.

Even while they are blatantly engaging in these behaviors they refuse to acknowledge their faults. Their stubborn inability to back down and admit they are wrong plays out as a sense of entitlement — that they are above the law.

Other-blamers like Trump don’t give a damn about you, as noted by John Pavlovitz.

Other-blamers that I hear about in my office rarely have just one character flaw. I often hear about a constellation of bad behaviors: He cheats on his wife, has substance abuse problems, is financially irresponsible, gets fired frequently from jobs due to his laziness, and has anger problems. While no one of us is perfect, Other-blamers have an intrinsic difficulty following the normal moral and social codes that healthy individuals find to be a fundamental core of their behavior choices.

That is because accountability is essential for morality. If a person is fearful of the experience of shame and lacks self-compassion to deal with his mistakes, he will be emotionally unwilling to look honestly at his own faults. He will do anything to relieve himself of the painful experience of shame, including trying to blame other people and avoid accountability.

This very character trait also makes it nearly impossible for Other-Blamers to change their behavior. Under pressure their behavior generally gets worse. The more they are called out on their faults and poor decisions, the more they become desperate to avoid that experience, which ratchets up the lying, cheating, etc., etc.

So it is an easy prediction to make: Trump’s behaviors will continue to worsen as investigations tighten around him and Democrats do not give him easy victories.