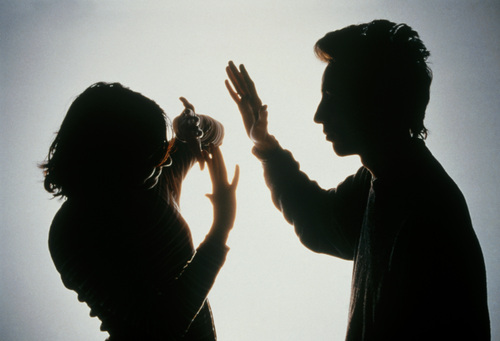 This statistic should shock:  Approximately one in three adolescent girls in the United States is a victim of physical, emotional or verbal abuse from a dating partner.(1) I hear about these relationships all the time in therapy, from teens experiencing toxic partnerships right now to adults recalling abusive relationships that began when they were 13, 14 or 15.

During Teen Dating Violence Awareness Month in February let’s shine a light on this problem. Parents, if your teen is dating, check out suggestions for how to intervene and resources at the end of this blog.

As a survivor of domestic violence and co-author of a chapter in the bestselling “The Dangerous Case of Donald Trump: 27 Psychiatrists and Mental Health Professionals Assess a President,” I have a special interest in stopping abusive relationships. It is a main reason I became a clinical psychologist. Most abusers start early in life, so we must stop the cycle in the teen years.

The current president’s long history of admitted sexual predation and assault, and alleged rape accusations, have in the last few years brought special attention to this issues. The #MeToo movement has heightened awareness of all types of inappropriate abusive, dominating, and sexualized relationships in workplaces across the country.

Social media has empowered abusers in new ways, giving them 24/7/365 ability to control, manipulate and emotionally abuse their victims. More than once I have worked with a teenaged girl struggling with anxiety. In one instance, she had difficulty focusing when studying. When her parents took her phone away to help with this problem, she became enraged. Come to find out, her boyfriend had stipulated that she must text back immediately no matter the time of day or what she was doing. She had become frightened of failing at this task and incurring his anger or violence. So the phone must never leave her side. She couldn’t focus when doing homework for fear of missing a text and she must wake up all night to respond to him. Who wouldn’t have exhaustion and anxiety living on those eggshells?

Many adolescent abusers engage in excessive texting, calling and social media messaging in an effort to keep the partner off balance and exhausted.  Abusers tend to have a narcissistic style of personality, and often demand exclusive and undivided attention as a way of gaining “narcissistic supply.”  They use demands for loyalty, jealousy and accusations of cheating to keep their partner “in line.”

Part of the problem is the low self-worth that is rampant in children and adolescents nowadays.  For a variety of reasons, from parenting styles to the self-esteem movement to social media, teens are hyperaware of how they measure up to others and often feel inadequate. This makes them more likely to look to relationships to try to feel better about themselves. In addition, teenagers’ brains undergo changes that make them highly susceptible to peer pressure and extremely desirous of approval. This perfect storm of social influences and neurobiology may also make them very willing to tolerate abusive behavior in order to engage in a dating relationship that alleviates feelings of low self-worth — even one that is harmful. 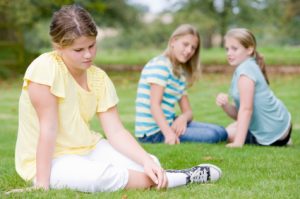 Unfortunately, technology can enable abusers to stalk their partner’s location, check up on their behaviors and friends, and post on social media in ways that provoke jealousy and insecurity.

With sexting, abusive partners can entrap a partner or extort sexual acts with the threat of releasing the photo on social media. Abusers also use “gaslighting” and blame-shifting to create a sense of confusion and distorted reality, which weakens the victim and makes her less likely to report the abuse. A common tactic is to threaten self-harm or suicide if the partner wants to break up or doesn’t agree to have sex. All of these manipulative and controlling behaviors can trap the abuse victim in an unhealthy relationship.

A study on teen dating violence confirms that about one-third of young people would not tell anyone about the violence they are experiencing, especially an adult.

To combat this reluctance to talk, parents can take action to prevent abusive relationships:

In “The Dangerous Case of Donald Trump” I identify the president as an “Other-Blamer” type of personality — one who cannot tolerate shame and so learns early in life to lie to others and to himself. As a result, these Other-Blamers learn to offload blame to others, rather than be accountable for their behaviors. This permits them (in their mind) to act out in very immoral ways, because they lack the social, relational and moral filter that says these behaviors are inappropriate.

Let’s all help these Other-Blamers learn that immoral behavior must stop. Calling them out and holding them accountable is the only healthy solution for both the abuser and the abused.